We launched in January 2020 to tackle the next frontier of innovation: reducing the cost of medicine. Through strategic partnerships with stakeholders from across the healthcare ecosystem and cutting-edge science and technology, we aim to provide high-quality, patent-protected medicines more efficiently and cost-effectively than ever before.

Here is a summary of our major achievements so far…

Our growing pipeline of 10+ programs includes two pre-registrational oncology assets that have shown promising Phase 3 data (aumolertinib and sugemalimab), and multiple other clinical-stage programs. Our drug candidates span across high-cost disease areas of today and the future.

We are further expanding our pipeline through drug engineering collaborations with leading drug discovery companies including Exscientia and AbCellera. 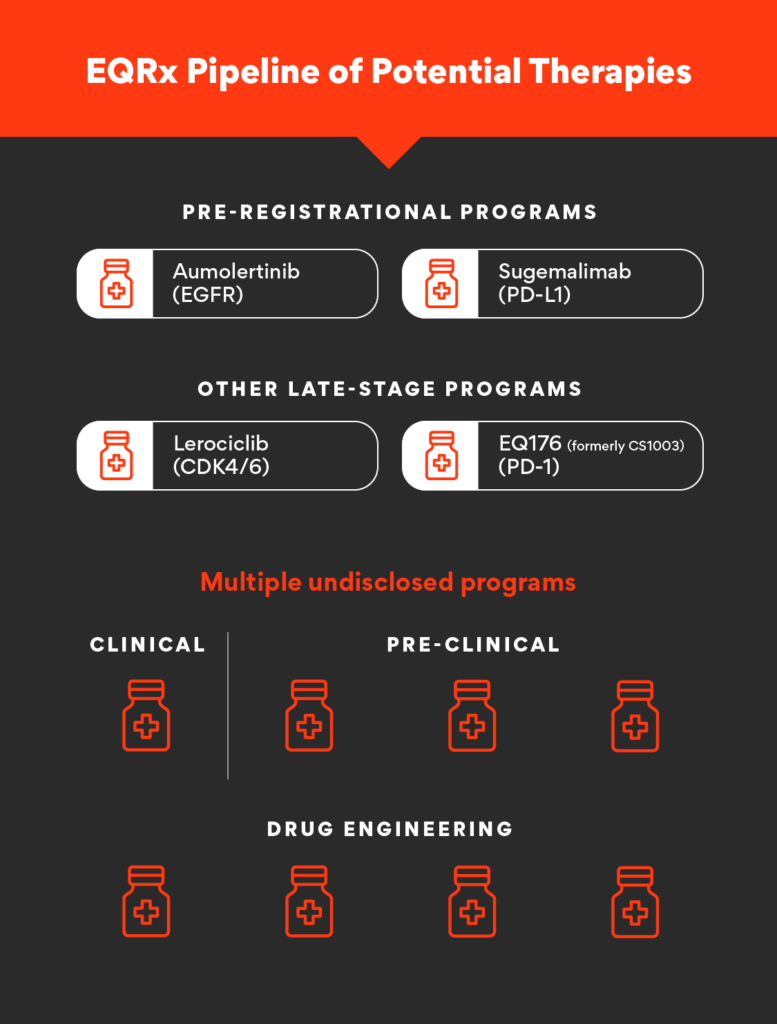 We have disclosed several late-stage drug candidates currently in development that show promise in the treatment of a number of cancers, including lung, breast and other solid tumors:

To help raise awareness of the impact of financial toxicity and to introduce EQRx’s mission and method for addressing it, we’ve launched the #RemakingMedicine Video Series.

Our team of world-renowned industry leaders discusses the negative clinical impact of high drug prices, explains why scientific advancement in the last decade allows for much more efficient creation of new medicines and invites all across the industry to join in creating a new model to make innovation more accessible to patients across the globe.

And we’re just getting started.

Subscribe below to stay tuned for all of the EQRx progress to come.