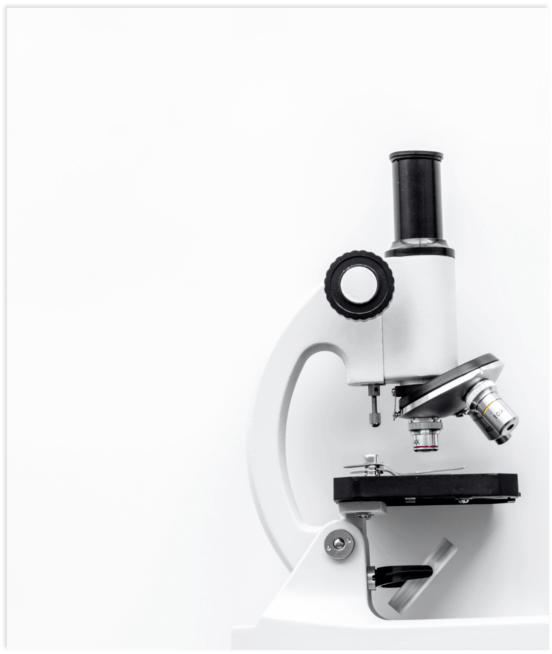 EQRx, Inc. (Nasdaq: EQRX) a new type of pharmaceutical company committed to developing and delivering important new medicines to patients at radically lower prices, today announced that data from its partner CStone Pharmaceuticals’ two pivotal Phase 3 studies of the anti-PD-L1 monoclonal antibody sugemalimab for the treatment of non-small cell lung cancer (NSCLC), GEMSTONE-301 and GEMSTONE-302, were published in The Lancet Oncology. The publications were accompanied by a comment article.

In GEMSTONE-301, sugemalimab resulted in a statistically significant and clinically meaningful improvement in progression-free survival (PFS) versus placebo when administered as consolidation therapy in patients with locally advanced, unresectable Stage III NSCLC without disease progression after concurrent or sequential chemoradiotherapy. This represents the first positive Phase 3 data for an anti-PD-L1 agent in this broader population of patients with Stage III NSCLC.[1]

In GEMSTONE-302, the addition of sugemalimab to standard-of-care chemotherapy as first-line systemic treatment provided a statistically significant, clinically meaningful improvement in PFS in patients with Stage IV NSCLC, regardless of PD-L1 expression levels or pathologic subtype of NSCLC.[2]

“Taken together, the publication of data from these two Phase 3 studies in The Lancet Oncology adds to a growing body of evidence suggesting that sugemalimab may be a promising option for a wide range of patients with Stage III or Stage IV non-small cell lung cancer upon approval in global regions beyond China,” said Vince Miller, MD, physician-in-chief at EQRx. “We look forward to progressing discussions with global regulatory authorities with the goal of bringing a new, high-quality treatment option to these patient populations at a much lower price.”

Results from GEMSTONE-301 reported in The Lancet Oncology are as follows:

Results of the final PFS analysis from GEMSTONE-302, also reported in The Lancet Oncology, are as follows:

EQRx’s partner, CStone Pharmaceuticals, previously presented results on the use of sugemalimab in the treatment of patients with Stage III and Stage IV NSCLC at ESMO 2021[3],[4] and the IASLC 2021 World Conference on Lung Cancer, respectively.[5],[6]

About GEMSTONE-301
GEMSTONE-301 (NCT03728556) is a randomized, double-blind, placebo-controlled Phase 3 study to evaluate the efficacy and safety of sugemalimab as consolidation therapy in patients with locally advanced, unresectable Stage III NSCLC without disease progression after concurrent or sequential chemoradiotherapy. The study was conducted in China by CStone Pharmaceuticals and included 381 patients, who were randomized to the sugemalimab group (n=255) or the placebo group (n=126). The primary endpoint of the trial was progression-free survival (PFS) as assessed by blinded independent central review (BICR) according to RECIST v1.1. Secondary endpoints include OS and PFS as assessed by the investigators and safety. In May 2021, EQRx and CStone Pharmaceuticals announced that GEMSTONE-301 met its primary endpoint of prolonged PFS.

About GEMSTONE-302
GEMSTONE-302 (NCT03789604) is a randomized, double-blind, Phase 3 study designed to evaluate the efficacy and safety of sugemalimab or placebo in combination with carboplatin-based chemotherapy as a first-line treatment in patients with Stage IV squamous or non-squamous NSCLC. The study was conducted in China by CStone Pharmaceuticals and included 479 patients, who were randomized to either the sugemalimab group (n=320) or the placebo group (n=159). The primary endpoint was investigator-assessed PFS. Secondary endpoints include blinded independent central review (BICR)-assessed PFS, safety and OS. CStone Pharmaceuticals previously shared positive results of the final analysis of PFS, the primary endpoint of the study, from GEMSTONE-302 at the IASLC 2021 World Conference on Lung Cancer.[9],[10]

About Sugemalimab
Sugemalimab is an investigational monoclonal antibody targeting programmed death-ligand 1 (PD-L1) discovered by CStone Pharmaceuticals. Authorized by the U.S.-based Ligand Corporation, sugemalimab is developed by the OmniRat® transgenic animal platform, which can generate fully human antibodies in one stop. Currently, sugemalimab is being investigated in a number of ongoing clinical trials including one Phase 2 registration study in relapsed/refractory extranodal natural killer (NK)/T cell lymphoma (ENKTL) and four Phase 3 registration studies in Stage III NSCLC (GEMSTONE-301), Stage IV NSCLC (GEMSTONE-302), gastric cancer, and esophageal cancer. Both the GEMSTONE-301 and GEMSTONE-302 studies met their primary endpoints of prolonged PFS, and results were recently presented at global medical congresses. In December 2021, the National Medical Products Administration (NMPA) of China approved the New Drug Application (NDA) for sugemalimab combined with chemotherapy for the first-line treatment of metastatic squamous and non-squamous NSCLC patients. In September 2021, the NDA for Stage III NSCLC was accepted by the NMPA. EQRx holds the development and commercialization rights to sugemalimab outside of Greater China. EQRx and CStone Pharmaceuticals have partnered to expand global access to sugemalimab, with plans to continue regulatory discussions in multiple countries.

About EQRx
EQRx is a new type of pharmaceutical company committed to developing and delivering innovative medicines to patients at radically lower prices. Launched in January 2020, EQRx is purpose-built, at scale, with a growing catalog of medicines in development in high-cost drug categories and emerging partnerships with leading payers and providers. Leveraging cutting-edge science and technology and strategic partnerships with stakeholders from across the healthcare system, EQRx aims to provide innovative, patent-protected medicines more efficiently and cost-effectively than ever before. To learn more, visit www.eqrx.com and follow us on social media: Twitter: @EQRxInc, LinkedIn, Instagram: @eqrxinc.

EQRx™ and Remaking Medicine™ are trademarks of EQRx, Inc.

Cautionary Statement Regarding Forward-Looking Statements
This press release contains certain forward-looking statements within the meaning of the federal securities laws. These forward-looking statements may be identified by the use of words such as “believe,” “project,” “expect,” “anticipate,” “estimate,” “intend,” “design,” “strategy,” “future,” “opportunity,” “continue,” “aim,” “plan,” “may,” “look forward,” “should,” “will,” “would,” “will be,” “will likely result,” and similar expressions. These forward-looking statements include, but are not limited to, express or implied statements regarding EQRx’s ability to develop and deliver innovative medicines at radically lower prices, EQRx’s ability to expand its pipeline, plans and timelines for the clinical development of EQRx’s product candidates, including the therapeutic potential, clinical benefits and tolerability thereof, expectations regarding EQRx’s existing collaboration with CStone Pharmaceuticals, as well as other statements regarding plans and market opportunities of EQRx.  Forward-looking statements are predictions, projections and other statements about future events that are based on current expectations and assumptions and, as a result, are subject to risks and uncertainties. Many factors could cause actual future events to differ materially from the forward-looking statements in this press release, including but not limited to changes in the competitive and highly regulated industries in which EQRx operates, variations in operating performance across competitors, changes in laws and regulations affecting EQRx’s business, delay of any current and future clinical trials or the development of sugemalimab or EQRx’s other drug candidates, the risk that the results of prior clinical trials may not be predictive of future results in connection with future clinical trials, EQRx’s ability to successfully demonstrate the safety and efficacy of its drug candidates, the timing and outcome of EQRx’s planned interactions with regulatory authorities; obtaining, maintaining and protecting its intellectual property, EQRx’s relationships with CStone Pharmaceuticals and its other existing and future collaboration partners and EQRx’s ability to maintain its existing license and other collaboration agreements, risks associated with EQRx’s ability to otherwise implement its business plans, including risks associated with its growth strategy, obtaining regulatory approvals, and creating a global payer network, and other risks associated with its plans to create a new kind of pharmaceutical company, the risk of downturns and a changing regulatory landscape in the highly competitive healthcare and biopharmaceutical industries, the size and growth of the markets in which EQRx operates and its ability to offer innovative medicines at reduced prices, and EQRx’s ability to operate as a public company. The foregoing list of factors is not exhaustive. You should carefully consider the foregoing factors and the other risks and uncertainties described in the “Risk Factors” section of the prospectus dated December 23, 2021 and filed with the SEC under Rule 424(b) and other documents filed by EQRx from time to time with the SEC. These filings identify and address other important risks and uncertainties that could cause actual events and results to differ materially from those contained in the forward-looking statements. Forward-looking statements speak only as of the date they are made. Readers are cautioned not to put undue reliance on forward-looking statements, and EQRx assumes no obligation and does not intend to update or revise these forward-looking statements, whether as a result of new information, future events, or otherwise.

We’re Remaking Medicine in a virtual-first environment. You can also find us at our Cambridge Hub.